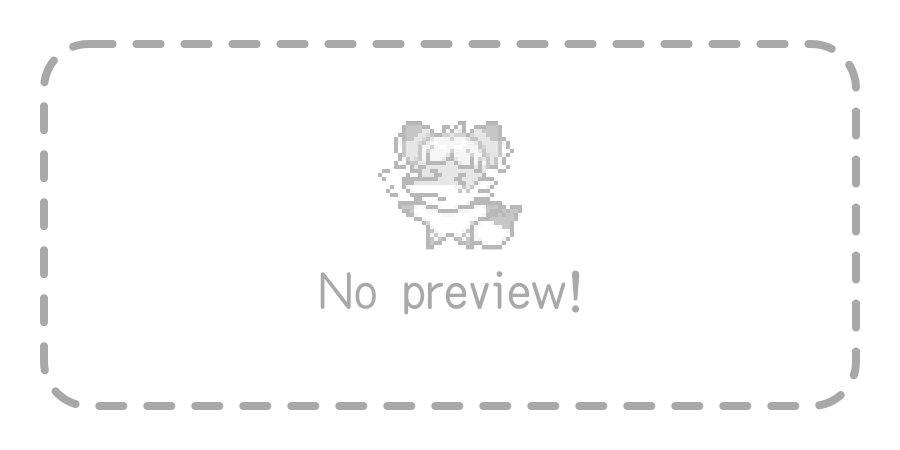 After so many journals where I’ve essentially repeated that I can “stop worrying so much about the game’s internals”, I can pretty much do just that now!

In the last journal, I sort of teased some information on how battles would work with the removal of the rhythm attack system. Well, here’s some information straight from the development notes (since I’m too lazy to rewrite everything)!

It all seems a bit daunting and confusing from all of this text, but don’t worry – it should be pretty straightforward once it gets shown and explained inside the game.

I additionally started redesigning Grapefruit’s UI a tiny bit by removing the top dialog area and merging it with the new Deck area. The Deck area of the UI also holds new descriptions for each of the menus and actions of the battle system. It’s a bit rough right now, but take a look: 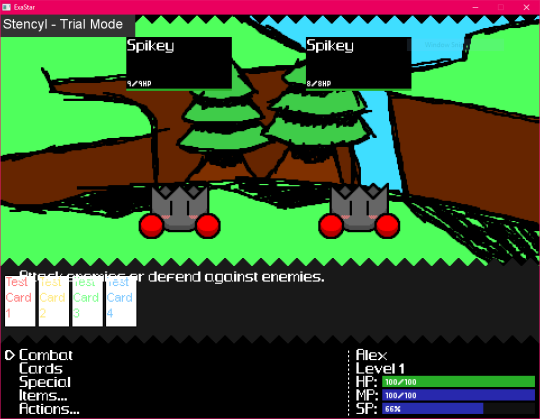 As you can see, even the Card and Deck portions of Grapefruit are already implemented! …sorta.

There were originally certain scene-related objects (such as scene transition boundaries, dialog regions, etc.) which could originally only be created by using the scene’s respective code. This proved to be a bit cumbersome, so I eventually created actors that would create these objects automatically using Stencyl’s in-scene actor behavior editor in order to make designing scenes a bit easier than before.

Did someone say SETTINGS??

There’s some more changes to how the game can be configured! The latest addition is a special lil’ file called exaConfig.ini, which lives in the root of the game’s data directory. Essentially, this file lets you change a ton of extra intricate settings that I normally would not have enough time to implement into the in-game settings screen, such as things like how the zoom shader should function, if characters should visibly talk or not, how the game should load assets, etc.

I can already imagine the disappointed looks this point will bring, but fear not: this is for the better. This mainly only affects the intro and prologue of the game, too, so no worries. Essentially, I had to strip away a lot of filler content/confusing storyline points from the beginning of the game in order to make it a bit easier to understand and get into. This also has the advantage of making the whole premise of the game a bit more explainable than the old one. I don’t exactly have any content from this storyline in the game just yet, aside from a reworked intro screen that will replace the “pre-prologue” part of the game.