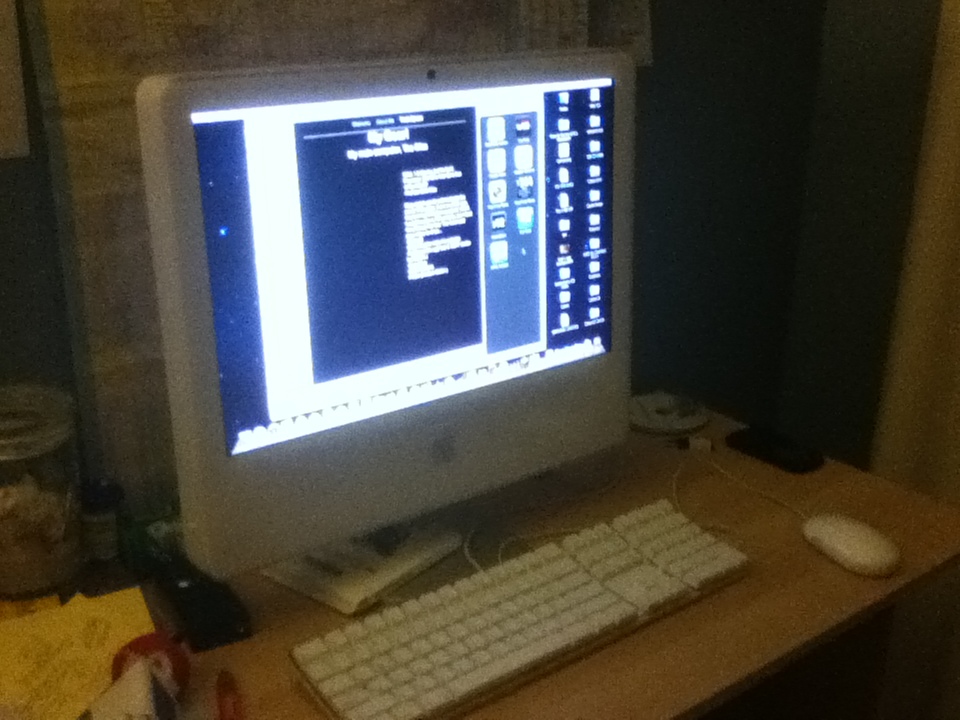 This iMac was originally my dad's; he bought it some time around 2007, and upgraded to a 2010 iMac a few years later. Naturally, it ended up becoming mine. It was the second "main" desktop I used, replacing Sapling. It was replaced the next year by GlassBlock, but it stuck around for a while until I voluntarily gave it away.

Where do I even begin, though. Having to deal with the sluggish speeds of Sapling (which had accumulated several years worth of dust and dubious software), and suddenly getting an upgrade to something capable of running Minecraft far beyond 15 FPS was absolutely mind-boggling at the time. I also used the Stencyl game engine for the first time on this iMac, which is interesting to note since I'm still using it to this day for ExaStar. (It's pretty capable behind that visual code system!)

There was... one slight problem with this particular iMac, though; and it's likely the reason I was willing to part with it in the first place. If enough GPU load was placed on the iMac, graphical artifacts would begin to appear, and in some cases it would immediately lock up the entire system. I didn't know where the sudden freezes were coming from at the time, but I was (somehow) able to live with it for the few months I had the iMac. Only a year or two after I had given the iMac away did I realize that the thermal compound on the GPU had likely gone bad. Unfortunately for me, I had come to that realization too late; otherwise I wouldn't have been so willing to give it up.