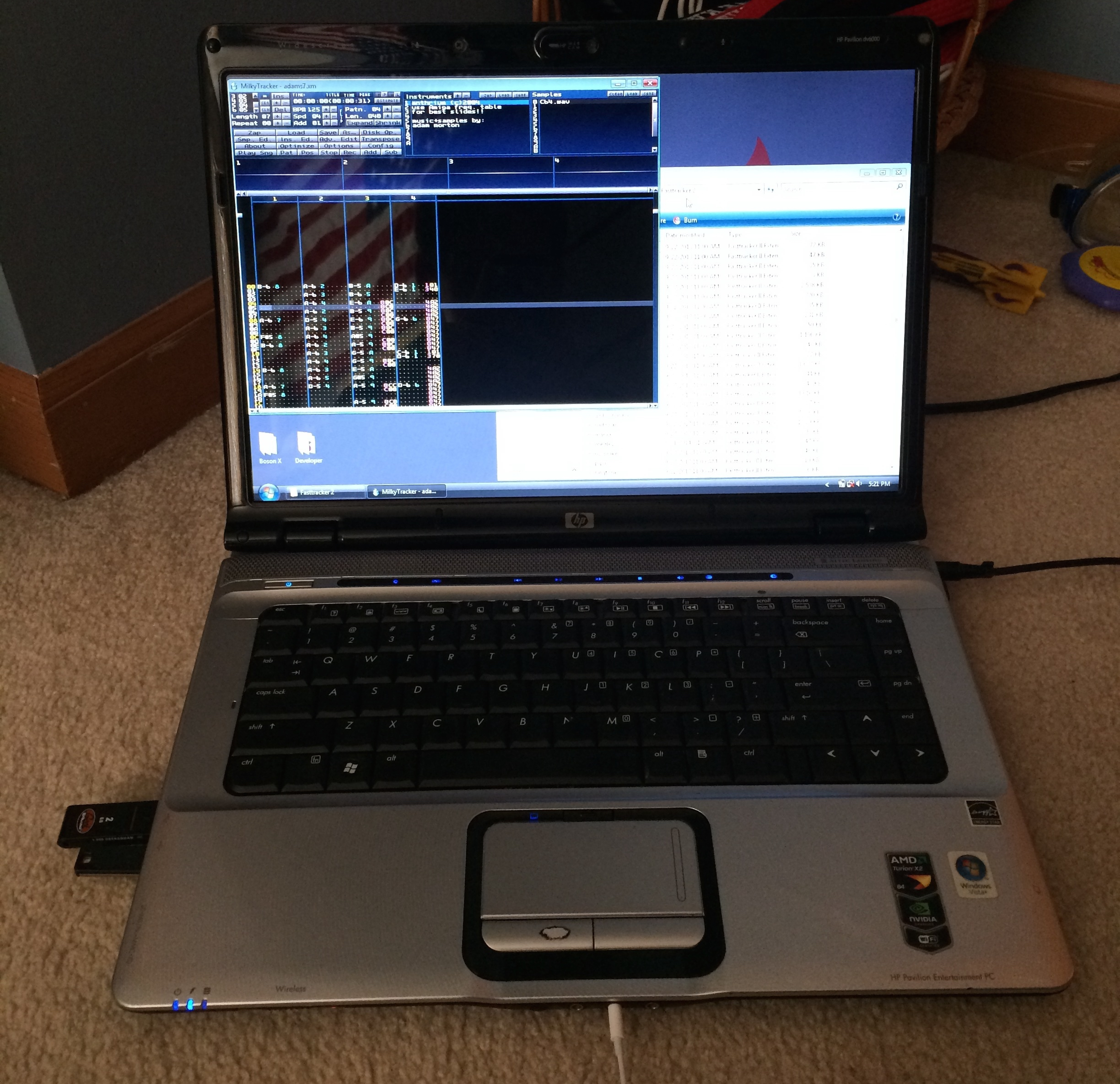 This was a laptop I got in return for doing a fresh install of Windows on a cousin's laptop. His family had a lot of left-over, old laptops (likely from important business-type stuff), and so he and I picked out ones to have. I like to call it my first "true" laptop since it was the first laptop I ever owned where I could get some amount of work done; unlike the iBook, which couldn't get on the internet and was stuck on an outdated OS.

At first it ran Windows Vista, but a few months later I installed Windows 8 (from one dumpsterfire to the next, eh?). It didn't run too bad, but performance was severely lacking. Anything that required the GPU was guaranteed to run like garbage; even games like System Shock 2 struggled. I mainly used it to run Windows-only software such as FamiTracker, as well as a few light indie games. Keep in mind, this is when I was using an iMac as my main system, and my only other PC was... having issues.

Things came to a halt some time in early 2015, when the system suddenly shut down and refused to power back on. ...That wouldn't be the last time that would happen. I ended up salvaging the disk, RAM, and CPU (I put it on display with some others), and threw the rest of it out. RIP