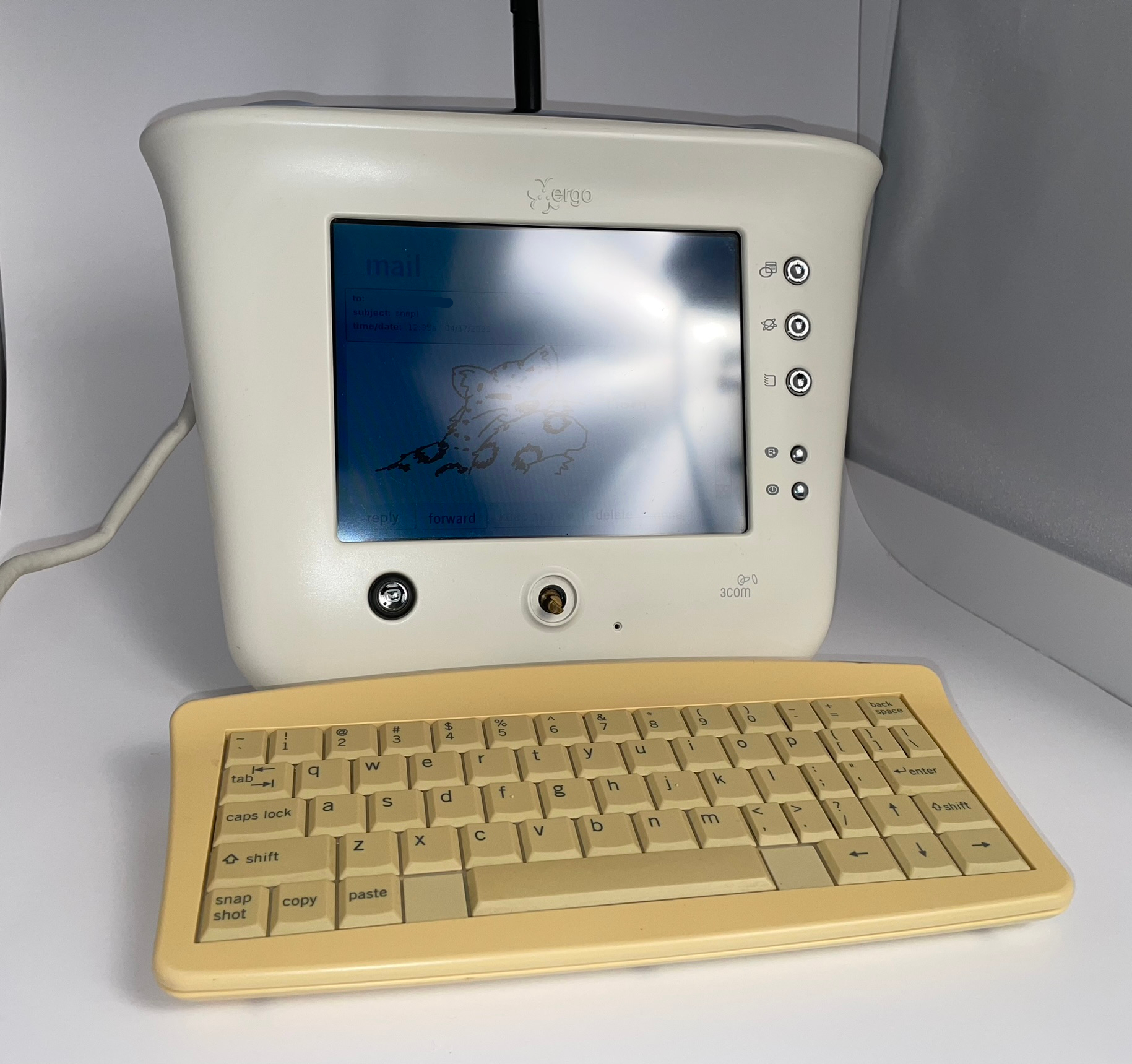 Back in the early 2010s, I came across a video about the 3com Ergo Audrey, thought it was a neat old thing, and continued on with my day.

Years later, I was still curious about the damn thing. So I bought one. Problem is, I cheaped out and got one without a keyboard, so I couldn't even use it until 2022, when I had finally come across a listing for a keyboard on its own. Would I have saved a bit more money had I bought a complete unit from the start? Probably. I'm also still missing the knob and stylus.

The Audrey is fascinating. It came out right around the time the dot-com bubble burst, and ended up completely flopping; which is funny considering it was actually 2 decades ahead of its time. It probably didn't help that it retailed for $500.

I got my Audrey to talk to modern Gmail by using the same proxy trick I had done with PostPet, and for a short period of time I took some drawing requests on the Audrey itself. So you can definitely use the Audrey in the modern age!

I tried messing with custom firmware (there was a somewhat-lively Audrey hacking scene back in the early 2000s) in order to get access to the QNX innards, but my Audrey keeps refusing anything I throw at it. The whole hacking scene for it seems to be dead nowadays, so there really isn't anyone to turn to for help. Maybe I'll try some other time.