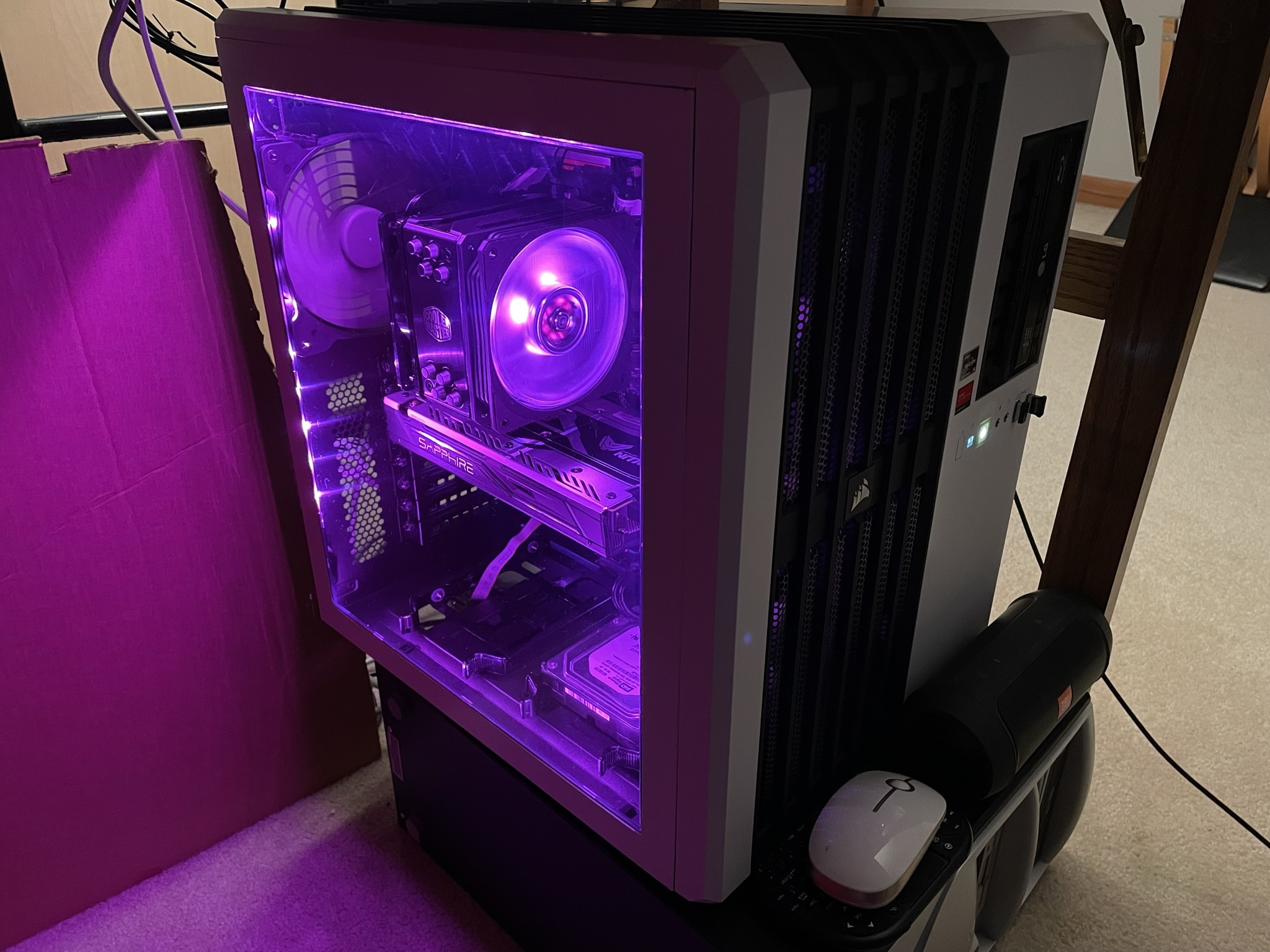 Not to be confused with Redstone, which I like to refer to as "Old Beacon". The only parts transferred over from Redstone were its GPU and disks, effectively making this a new PC.

This iteration of Beacon is the second PC I built for myself. The build process was a bit awkward; it started with a free motherboard a cousin gave me, which he claimed was "broken". I assumed he hadn't gone through all of the troubleshooting steps or was trying to use too new of a CPU, but I couldn't tell if the board worked since I didn't have a CPU or any RAM to go with it. At some point in 2021, I found an 8GB stick of DDR4 RAM at a thrift store, which meant all I needed was a CPU- so I decided to ask my parents for one as a Christmas gift.

Since I decided to go with a Zen 3 CPU, I needed to update the BIOS of the motherboard beforehand. So with the help of my girlfriend's Zen 1 CPU, we attempted to boot the makeshift PC... and as it turned out, the motherboard was actually broken. Luckily with some extra Christmas money from relatives, I was able to get a new board and I was good to go.

At first I used a spare chassis that my GF had lying around (which was covered in cobwebs and missing a side panel), but after a few weeks I transferred it to a new one. I also got a new set of 2x8GB sticks of RAM a few months later.

This is my current "main" desktop.