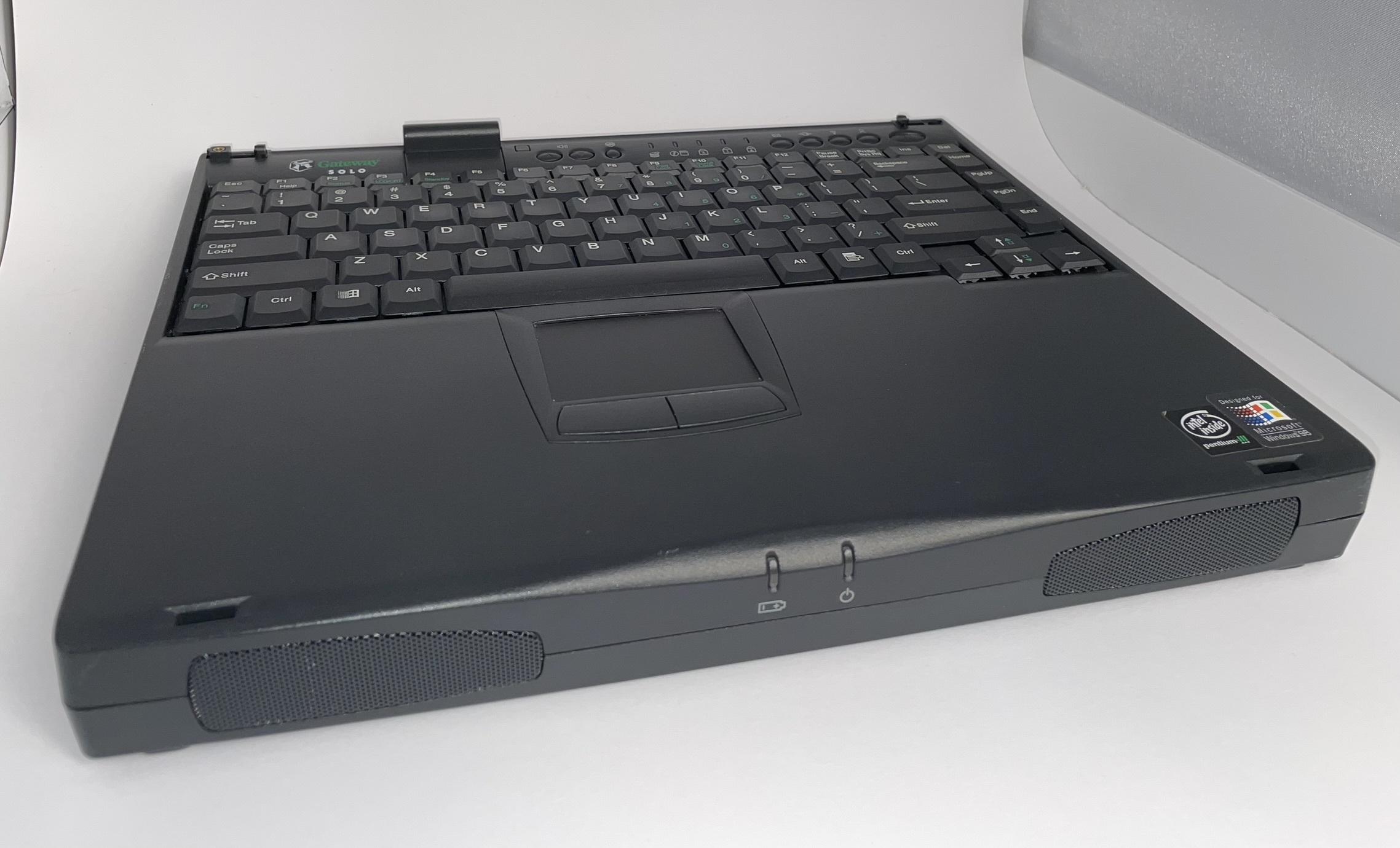 I wrote an entire blog post about this one, if you're willing to sit through the horrendous writing style I had back then.

In short, this is a laptop that an aunt+uncle gave me, alongside a broken HP laptop. I made a number of upgrades to it over the past few years, including maxing out the RAM, adding a new HDD (I tried a CF adapter to no avail), and even got it onto my home network with a PCMCIA WiFi adapter. A couple years back the hinge assembly started to fail, and nearly destroyed the display; luckily, I was able to detach it before any damage could be done (aside from a tiny bit of the front bezel cracking off). So now it's sort of a desktop computer?

It's currently the oldest/slowest Intel-based computer I own, so I like to use it to test Endless Attack REMIX in a native DOS environment. I still don't have anything that's closer to a 486, so it's a less-than-ideal solution.