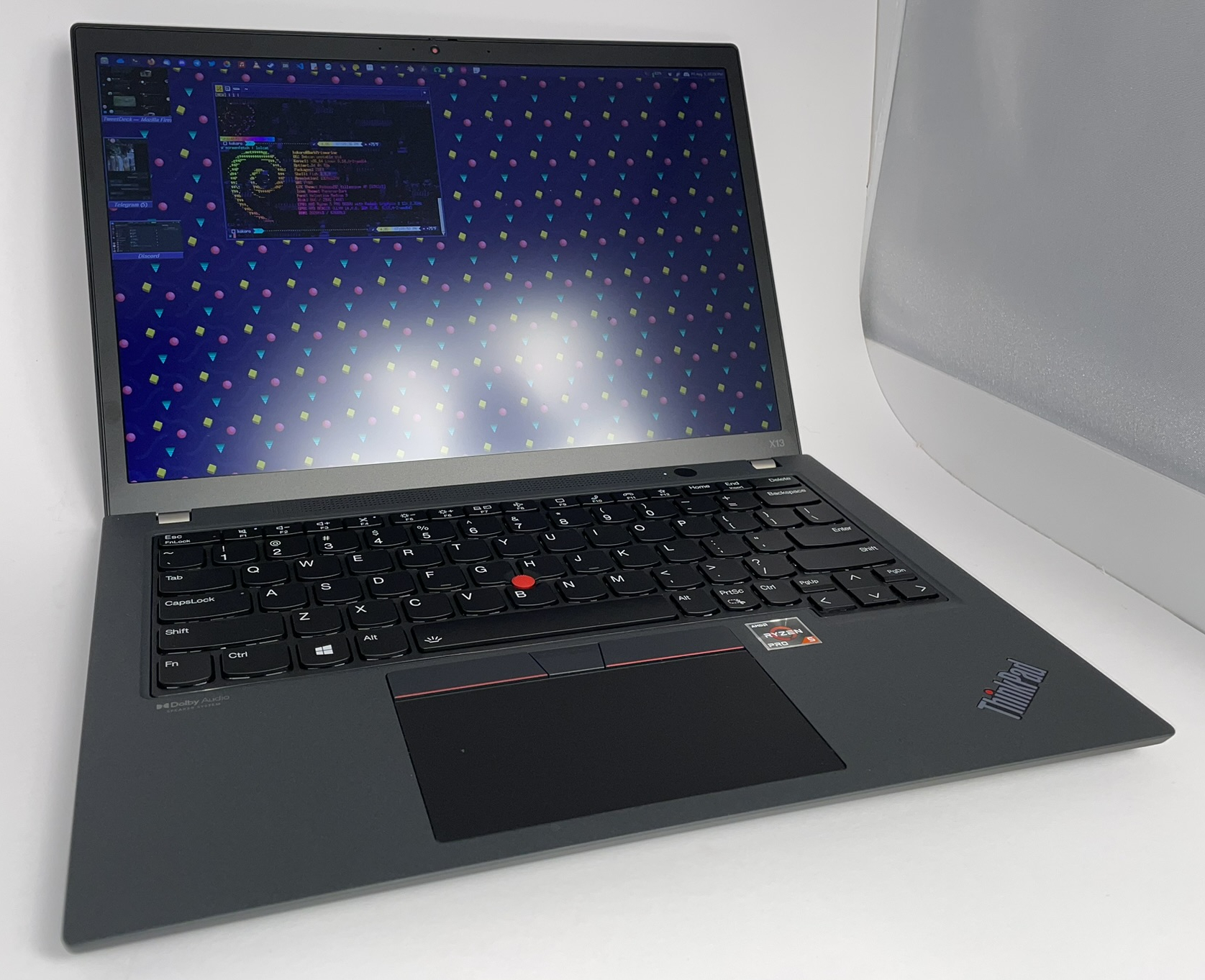 Since Prismarine died, I needed to get a new laptop for my final year of University. Because I had a sour taste in my mouth due to the myriad of problems with Prismarine and the fact that Linux still wasn't ready on Apple Silicon, I decided against returning to Apple. At some point I started looking through various ThinkPads on Lenovo's site, and ended up going with an X13 Gen 2.

I've only had it for a little over a month as I type this, but so far I really like it! Compared to Prismarine, it has full support under Linux, and since it's a ThinkPad, replacement parts are far easier to come by. The only downside is the soldered 8 GB of RAM, but since I have Beacon for heavier workloads, it isn't a big issue.

This is my current "main" laptop.