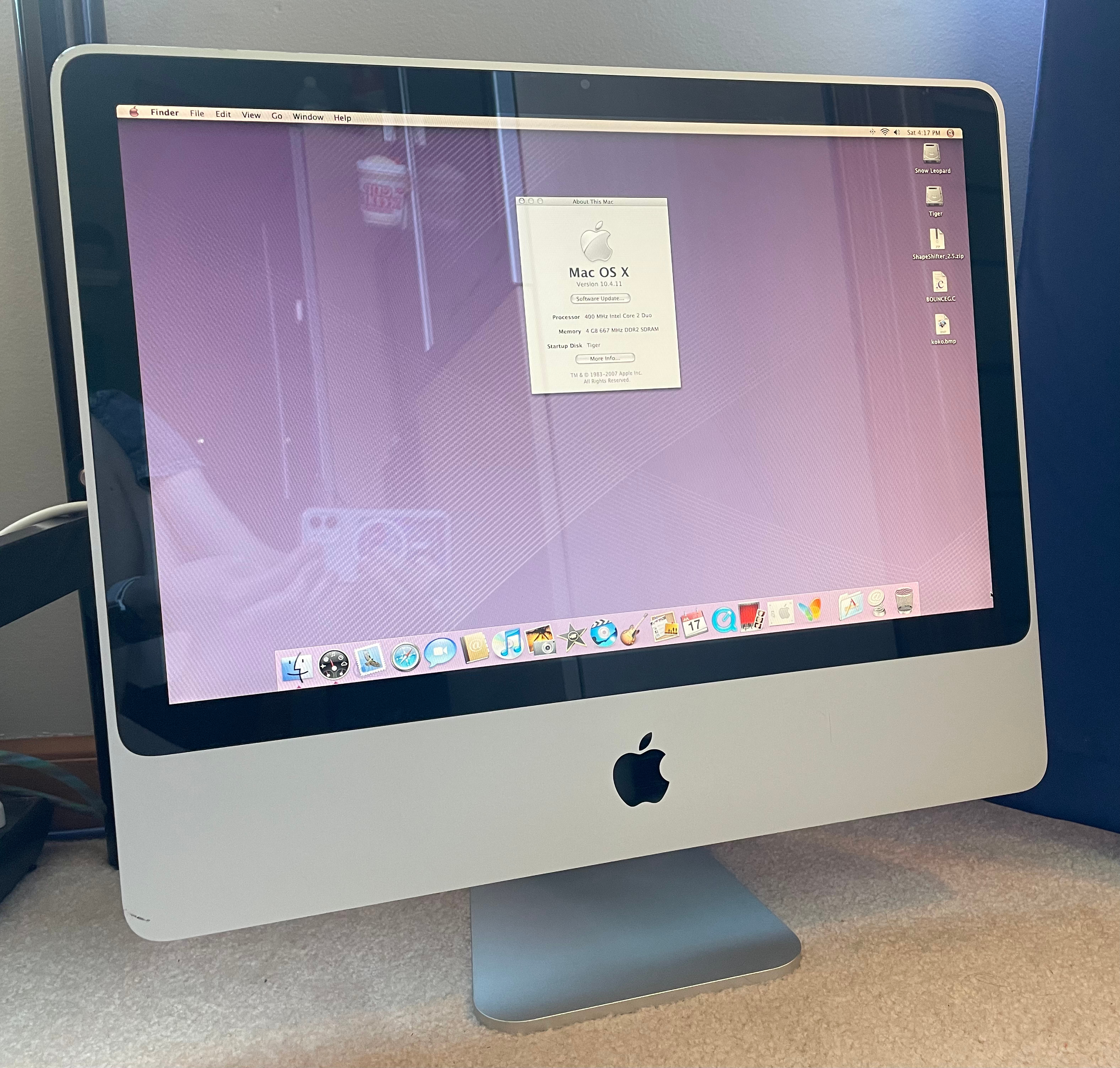 Previously known as "Hopper" on the old Computers List. I moved the name over to my RPi Ethernet-WiFi bridge since it made more sense.

This is the third "main" desktop I used, replacing the '06 iMac. It was replaced in 2015 by Redstone. I got it for my birthday in 2013, and even by then it was pretty outdated. It was still a nice improvement from the previous iMac I was using, which would lock up sporadically due to GPU thermal issues. I spent many hours on this iMac playing various games such as TF2, Garry's Mod, and of course, Minecraft.

Being a used computer, it came with an older hard disk with an unknown amount of wear. This wear began to show in the summer of the same year I got it, when the iMac would begin to lock up and sometimes show the dreaded "folder-with-a-question-mark" on power-on. Sometimes I could get it to boot up successfully and use it for a while before symptoms would come back, but after a week or so, the disk finally died out for good. Luckily I was smart enough to do a backup while the disk was slowly dying, so after getting a replacement disk installed, I was on my paws again.

In 2018, I decided to upgrade GlassBlock with a new CPU, SSD, and AirPort Extreme card. I have yet to buy a 4 GB stick of RAM to max it out on that end. Rumor has it that the graphics card can be upgraded too, but it requires a specific card from a specific model of iMac, and it's not easy to get a hold of one by itself.

I currently use it to test the Intel Mac OS X port of Endless Attack REMIX (and to relive the glory days of 10.6).