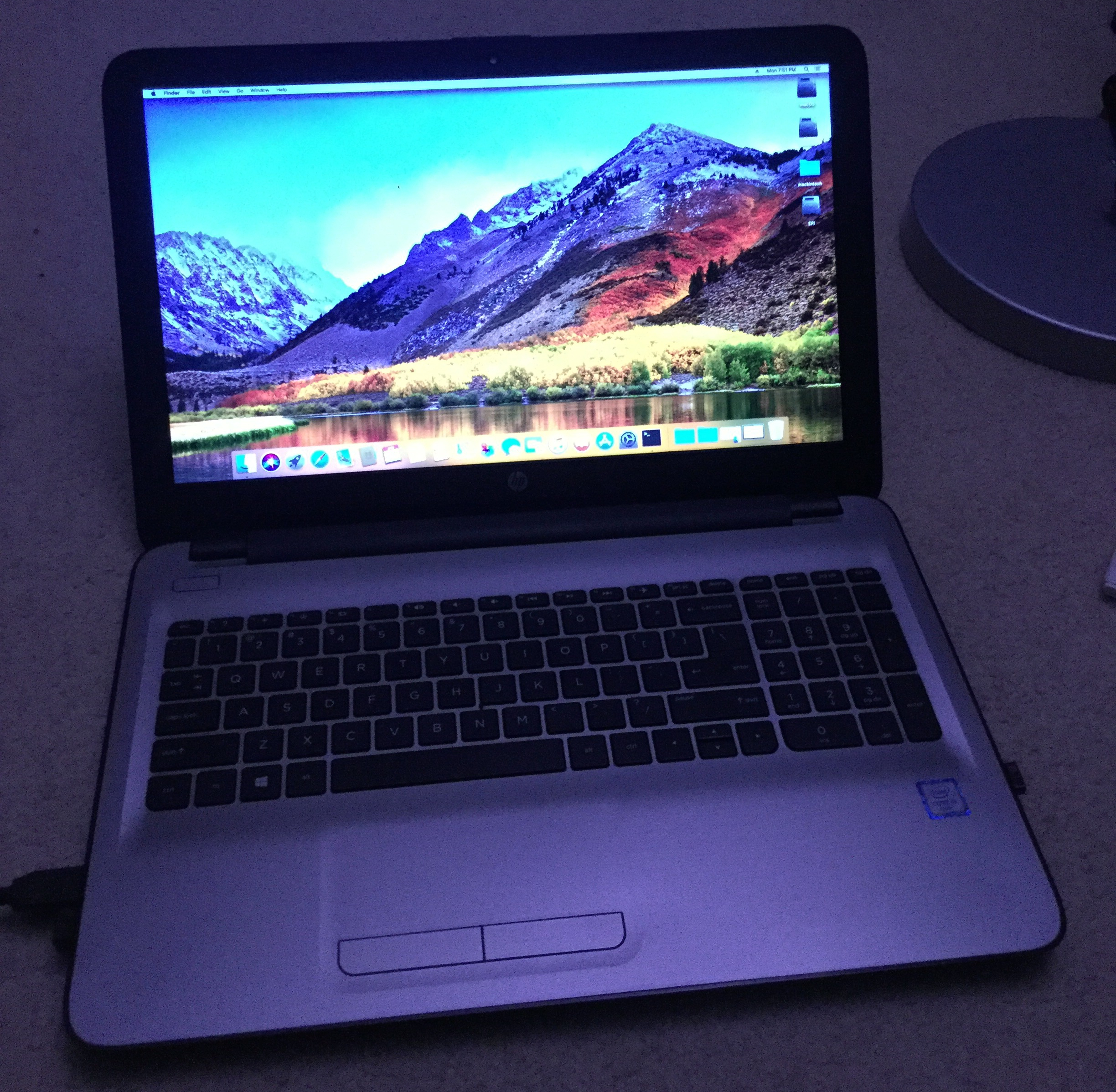 This was the third "main" laptop I used, replacing Lapis. It was replaced in early 2019 by Prismarine, and I soon gave it to my girlfriend, since her only working computer was a desktop at the time.

I primarily used this laptop during my later years in High School. Everyone else was stuck with cheap Chromebooks and a locked-down Chrome OS installation, which had heavy restrictions placed on what sites were allowed. In order to avoid connecting to the school's network (which I couldn't even if I wanted to, they never gave out the password), I used my phone as a hotspot... which was a little less than ideal considering half of the school was in a cellular deadzone. Still better than nothing!

I hopped around several different OSes on this laptop constantly. One month I was using Windows 10, the next I was using Kubuntu, then Windows 7, another month I was running macOS (somehow), and at one point I was dual-booting with Chromium OS... for some reason. I'm surprised I had the free time to keep doing that.