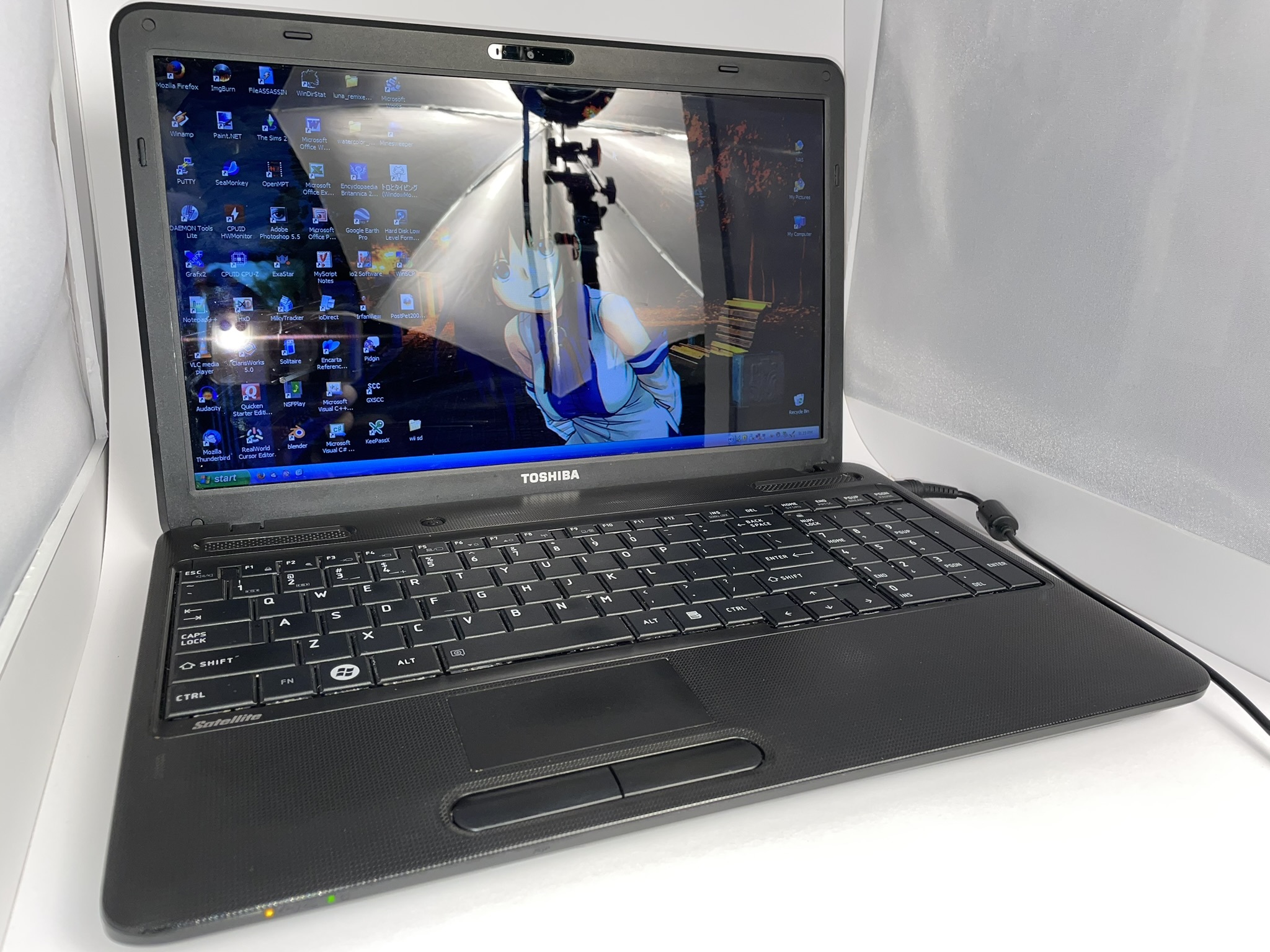 This is the second "main" laptop I used, some time after my previous HP laptop had died. It was replaced in late 2016 by a different HP laptop. It used to be my sister's, before she upgraded to a new laptop for University.

When this was my only laptop, I primarily used it to play games during my free period and lunch in High School. I usually ran some Linux distro on it at the time, since it can barely run modern Windows. As of now, I use it to run anything that requires Windows XP, since Sapling isn't really fit for that job.

Something this model of laptop seems to suffer from is a bad hinge assembly. At some point it can seperate from the lower chassis of the laptop, causing the upper frame + keyboard to lift and bend quite a bit whenever the laptop is opened. This seems to be a somewhat-common problem, since a friend of mine at the time had the same model, and he also had issues with the hinge on his. I fixed mine at some point by drilling new screwholes for the hinges and clamping them down using nuts/bolts.