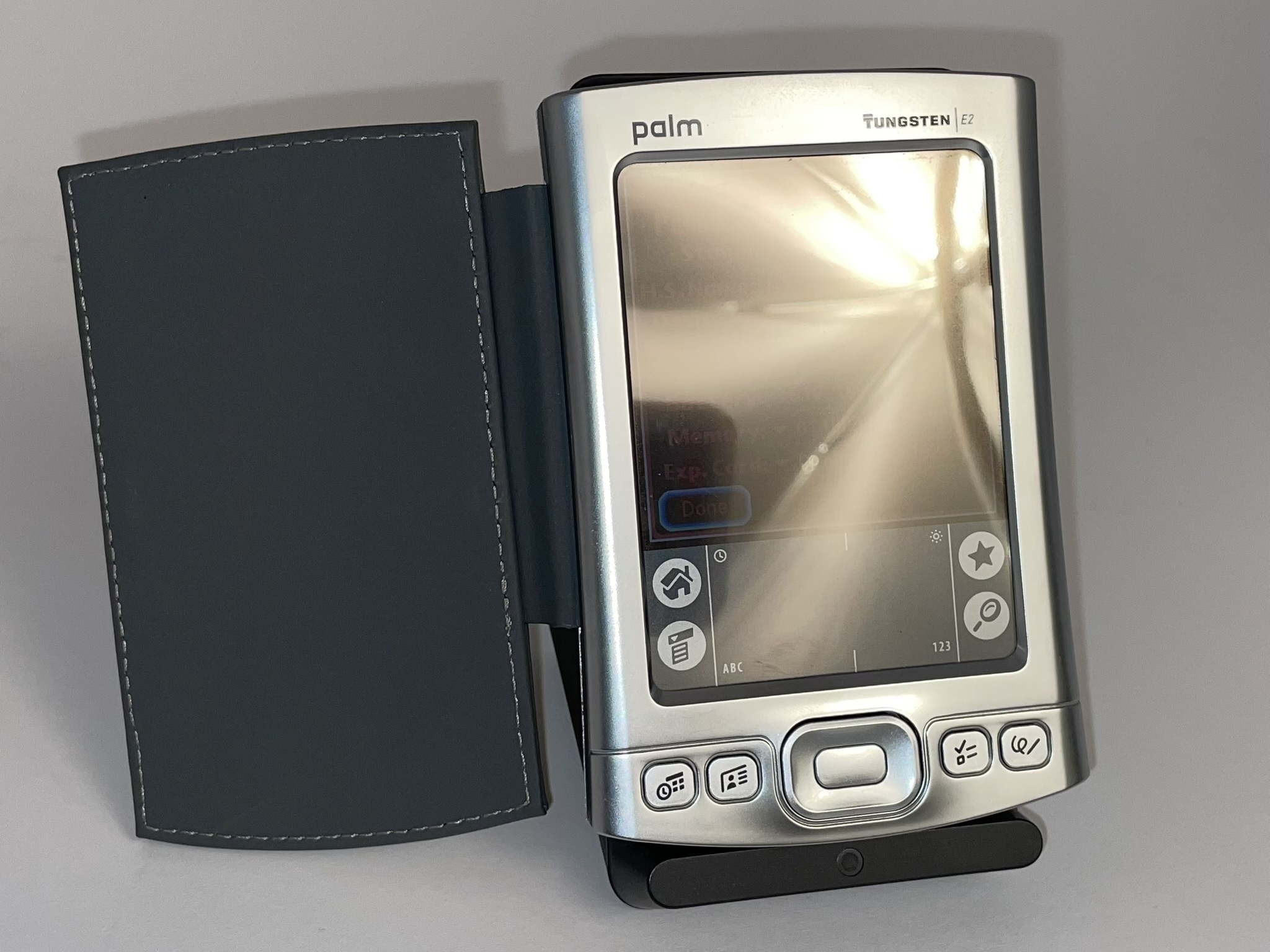 After getting the WorkPad, I remembered the Tungsten E2 my mom once had; she ended up giving it to me some time around 2010. Unfortunately, I had gotten rid of it at some point for some unknown reason, so to undo my mistake, I got a new one.

It's actually really useful as a programmable remote, thanks to the built-in infrared and an app called OmniRemote. I also thought about using it to communicate with my PokéWalker, and I wasn't alone; someone had already created a Palm app to do just that. Unfortunately, it crashes as soon as it tries to connect.