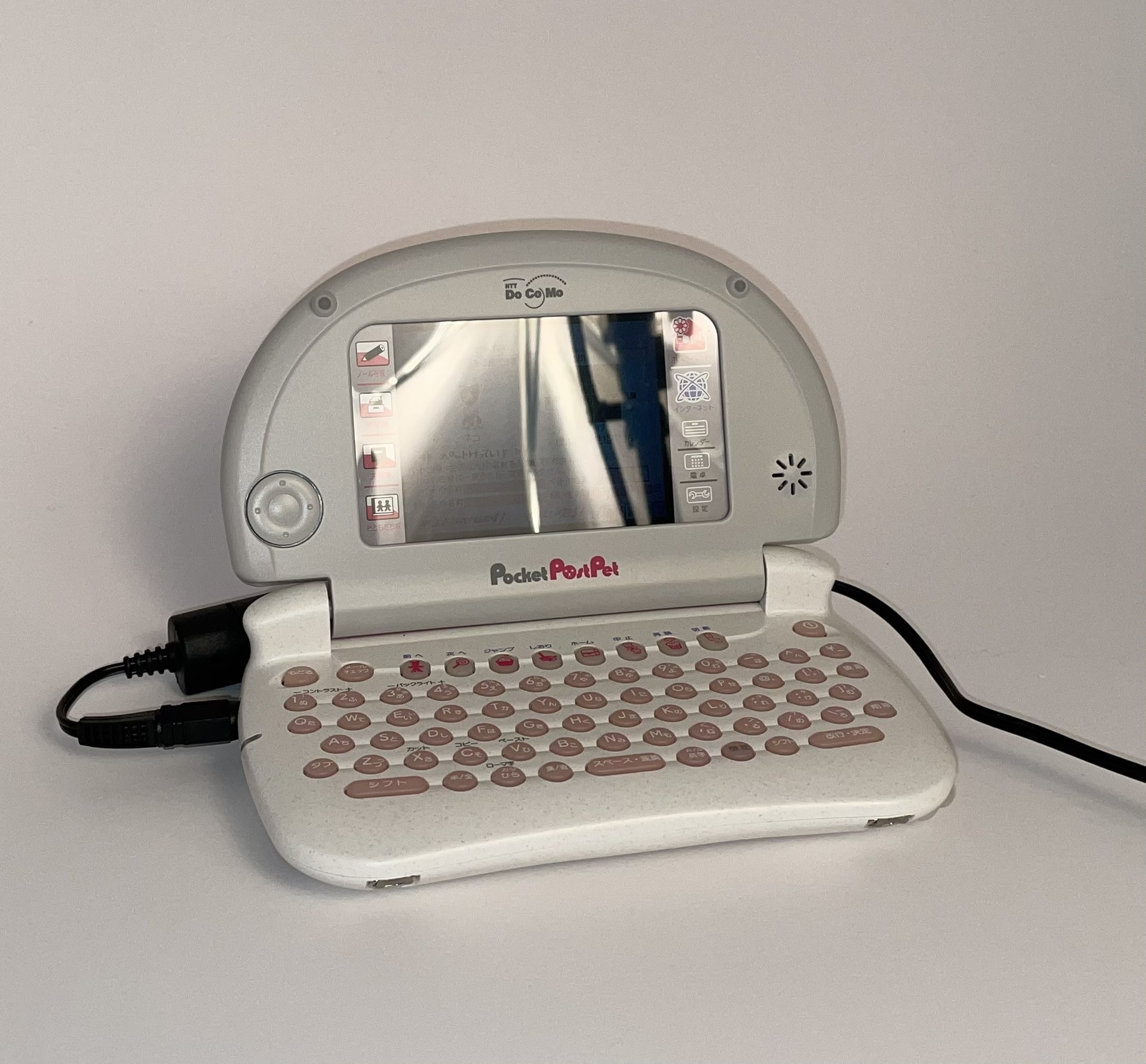 This one is... interesting. I was originally supposed to recieve it by Christmas 2020, but the shipment was delayed by an entire year. I wrote more about the process of obtaining one here.

Onto the device itself. PostPet is a combination pet simulator/email client from the late 90s; the Pocket PostPet is essentially a device dedicated towards running a port of PostPet to Windows CE. The WinCE side of things is almost entirely hidden behind the PostPet UI, and the only way to get around it is to use a MultiMediaCard loaded with additional software & libraries. Unfortunately, my Pocket PostPet doesn't seem to like my only MMC, so I can't explore it as much as I'd like to. I'll have to ask some other Pocket PostPet owners what cards they use, and try to find one.

As it currently stands, there's no way to get the Pocket PostPet connected to any sort of network. The way it sends/receives emails is via a PDC cable attached to the bottom of the device. To quote myself from a previous blog post: "This particular connection is found primarily on cell phones sold by NTT DoCoMo back in the early 2000s, as a way for mobile devices to connect to the internet via a cell phone. Think of it as a primitive form of "Mobile Hotspot", just without the wireless-ness. Now, here's where the problem lies: I don't have a Japanese cell phone from the early 2000s. And if I did, there's another problem: I don't live in Japan. And even if I did, there's one last problem: NTT axed the network these phones used for this functionality back in 2010. So, by all means, the Pocket PostPet can no longer be used for what it was intended for".

Some day I'd like to reverse the PDC connection, but there's absolutely no documentation on the pinout, and I don't want to fry the device. From what I can gather, it uses a serial connection with some AT commands, so it shouldn't be too difficult to emulate a connection once the pins are figured out.

I've been meaning to do some more in-depth English documentation about the device, but University and other projects keep getting in the way. At least this page serves to document it a tiny bit, though not nearly as much as I'd wish!