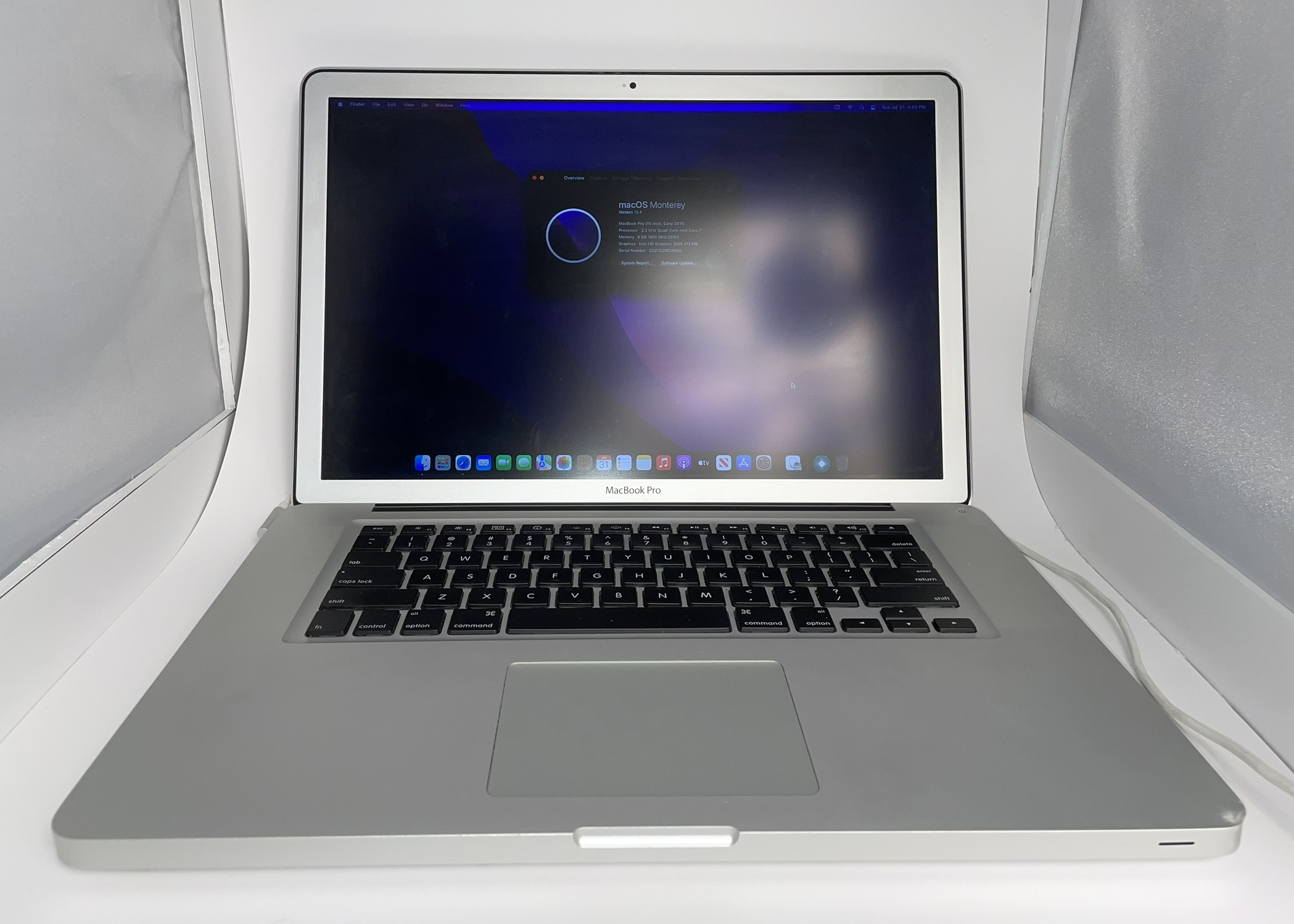 This MacBook used to be my girlfriend's, and before that it was her brother's. Before that, it was one of her relatives'. Everything finds its way to me eventually, it seems.

My girlfriend actually brought this one to school a few times, seemingly jealous of my fancy, not-a-Chromebook HP laptop at the time. At some point however, the dedicated GPU failed (a common problem with MacBooks of this era), and she stopped using it. She gave it to me later on, and I was able to circumvent the GPU issues with some trickery at the EFI shell. It ran Debian Unstable for a while, and I found that its CPU is actually slightly faster than the one in Prismarine (my main computer at the time).

As of now, I use it for any porting work I need to do that involves modern macOS, as well as updating my iPhone in the event that an OTA update fails.