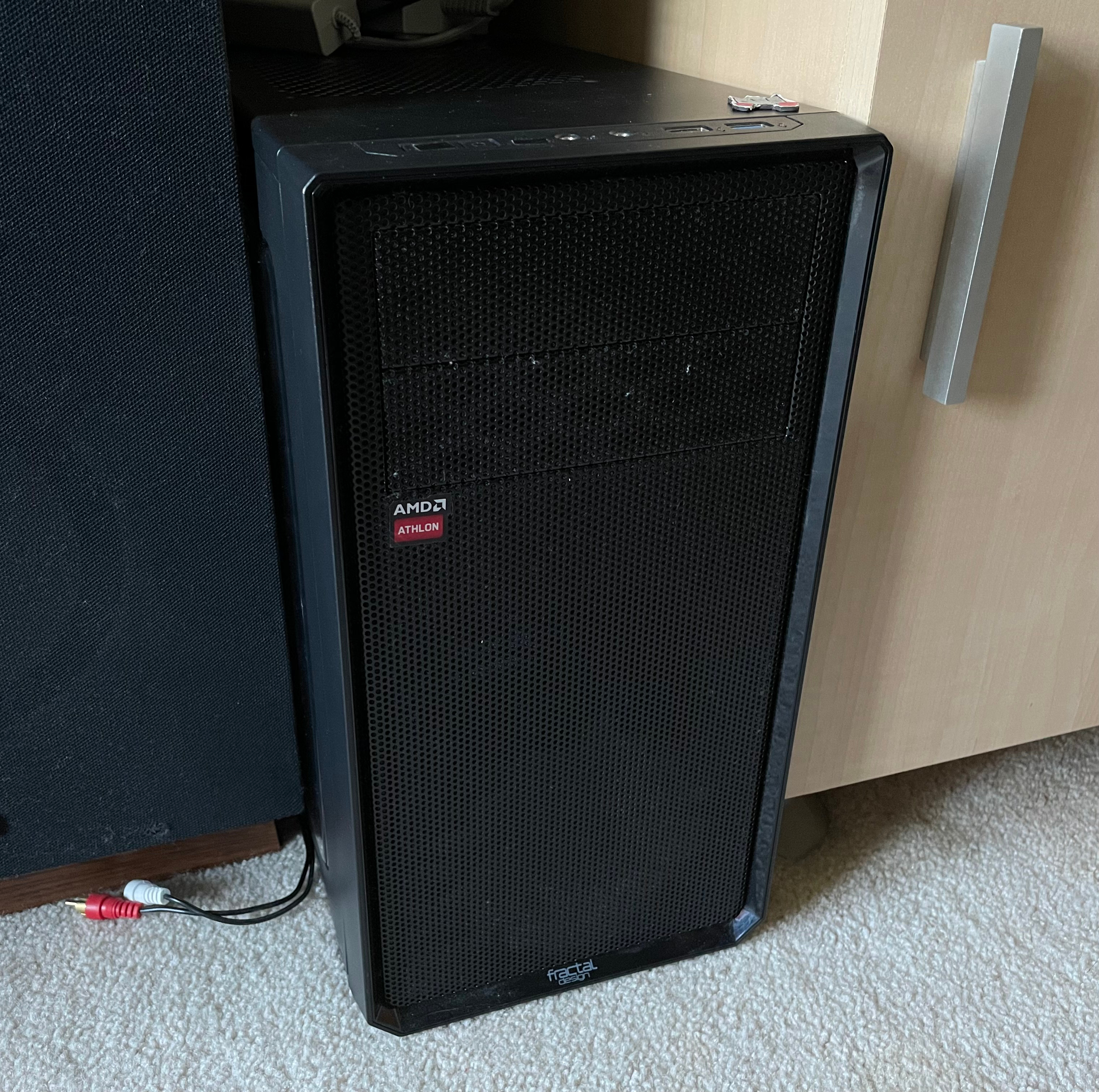 This is the fourth "main" desktop I used, replacing GlassBlock. It was replaced in 2019 by Prismarine.

This was the first computer that I built myself; I originally put the parts list together sometime in late 2014, but it wasn't until early 2015 that I had all the parts together to build it. After having to game on pretty underpowered hardware my whole life, it was a nice breath of fresh air, even if I was only using mid-range specs for the time.

Unfortunately, the graphics card I picked out (a Radeon R7 250X) died after a year, causing reboots every time I did anything that even remotely taxed it. After sending it in for an RMA and waiting about a month for the replacement, I was back in action... for about a month. Then the replacement card died, doing the exact same thing. I still wonder if they just sent the same card back.

I moved onto an R7 360, which performed more or less the same as the old card, until my birthday came around the next year where I got an RX 480. That RX 480 ended up being moved to Beacon once it was built, and once Redstone was repurposed as my home server, I threw in a random GT 710 I had lying around (it had to have something).

Much like the laptop I had at the time, I hopped around several different OSes. The first OS it ran was Windows 8.1 (and later 10), but for most of its life it ran Kubuntu and various other Linux distros.

This PC was originally named Beacon, but after building what is now known as Beacon, I moved the name over.