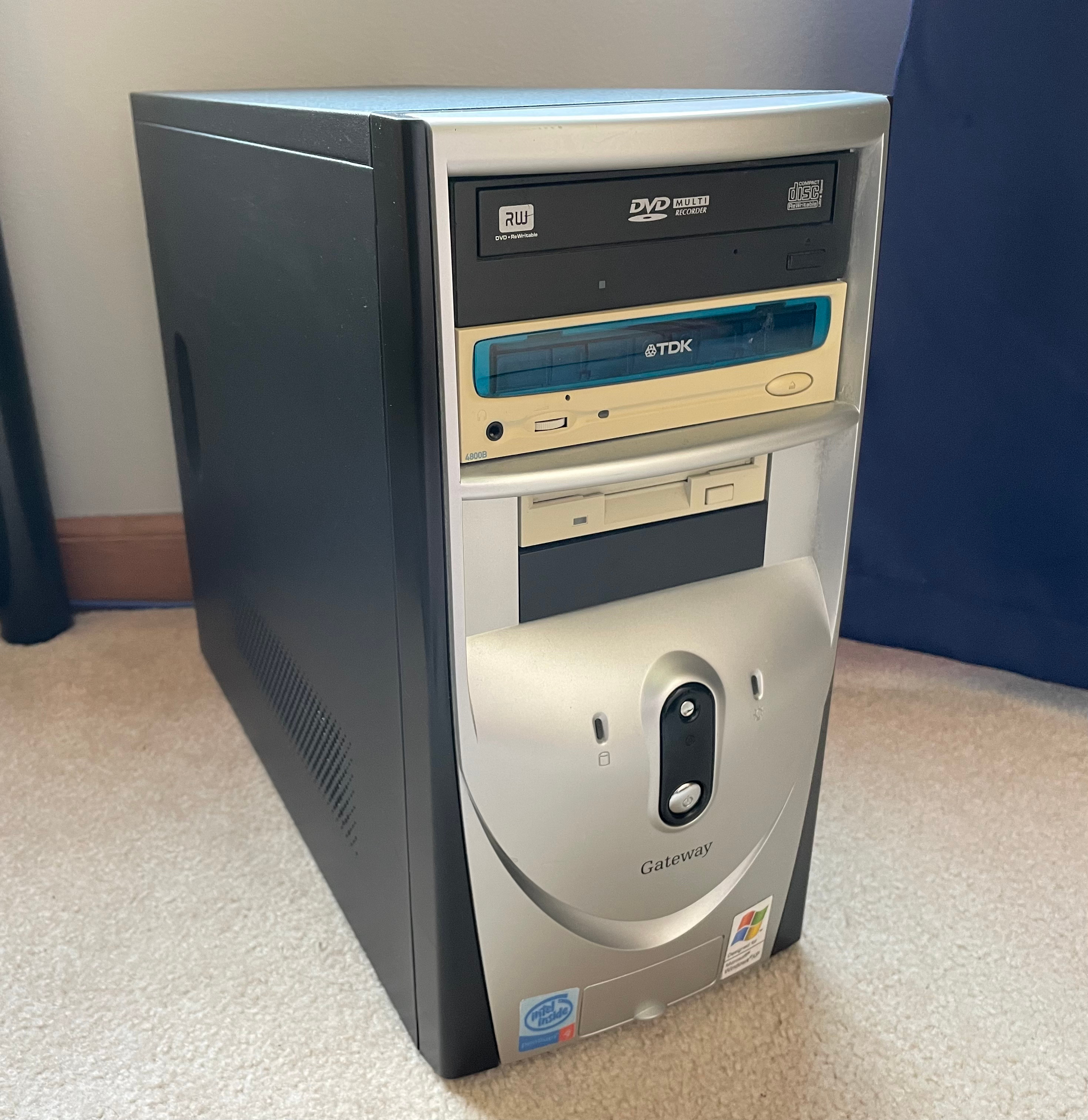 Sapling is one of the first computers I ever used, and probably the sole reason I'm so invested in computers nowadays. My parents got it in 2004 as the family PC, giving me my own account some time in 2006. That was a mistake! I ended up spending hours glued to the office desk just doing whatever on this PC, much like I do nowadays :p

Around 2010, my mom got her own laptop (and so did my sister), leaving me with total control over the PC at this point. Despite it being excruciatingly sluggish by 2010 standards, I managed to use it up until 2012 when my dad gave me his old iMac. Before then though, it saw its fair share of 2000s internet, flash games, MSPaint usage, shareware games, and towards the end of its first life, some long Minecraft sessions. I even used Linux for the first time on it!

When I switched over to the '06 iMac, Sapling got relegated to a tinkering machine, where I would try out various Linux distros (as well as Haiku). That changed suddenly when, one day, after installing a copy of some Linux distro, it no longer got past the BIOS splash screen. So, it ended up in storage...

In 2014 I pulled it out of storage to disassemble and re-assemble it, mainly to prepare myself for Redstone's build process, but also to clean everything out. It had a pretty substantial amount of dust caked everywhere as a result of operating in a tight corner for almost a decade. Even still, after cleaning things out, it wouldn't get past the splash.

Fast-forward to early 2019, where I'm screwing around, trying to put Sapling's internals in Redstone's previous "gaming" case. The PSU's cables wouldn't reach, so I decided to put everything back. Then it struck me- I had a leftover PSU sitting around, why not try to replace the PSU? Lo and behold, that somehow allowed it to get past the splash screen once again!

I initially reinstalled Windows XP as that was what it ran for most of its past life, but after realizing how sluggish it was (even on a near-fresh install), I decided to swap it out for Windows 2000, which ended up being a much better fit. I also managed to find the exact same model of monitor and speakers that we had with the PC, before they were both thrown out/donated. Interestingly enough, they were found at pretty local thrift stores, too. Perhaps they're the exact same ones as before?