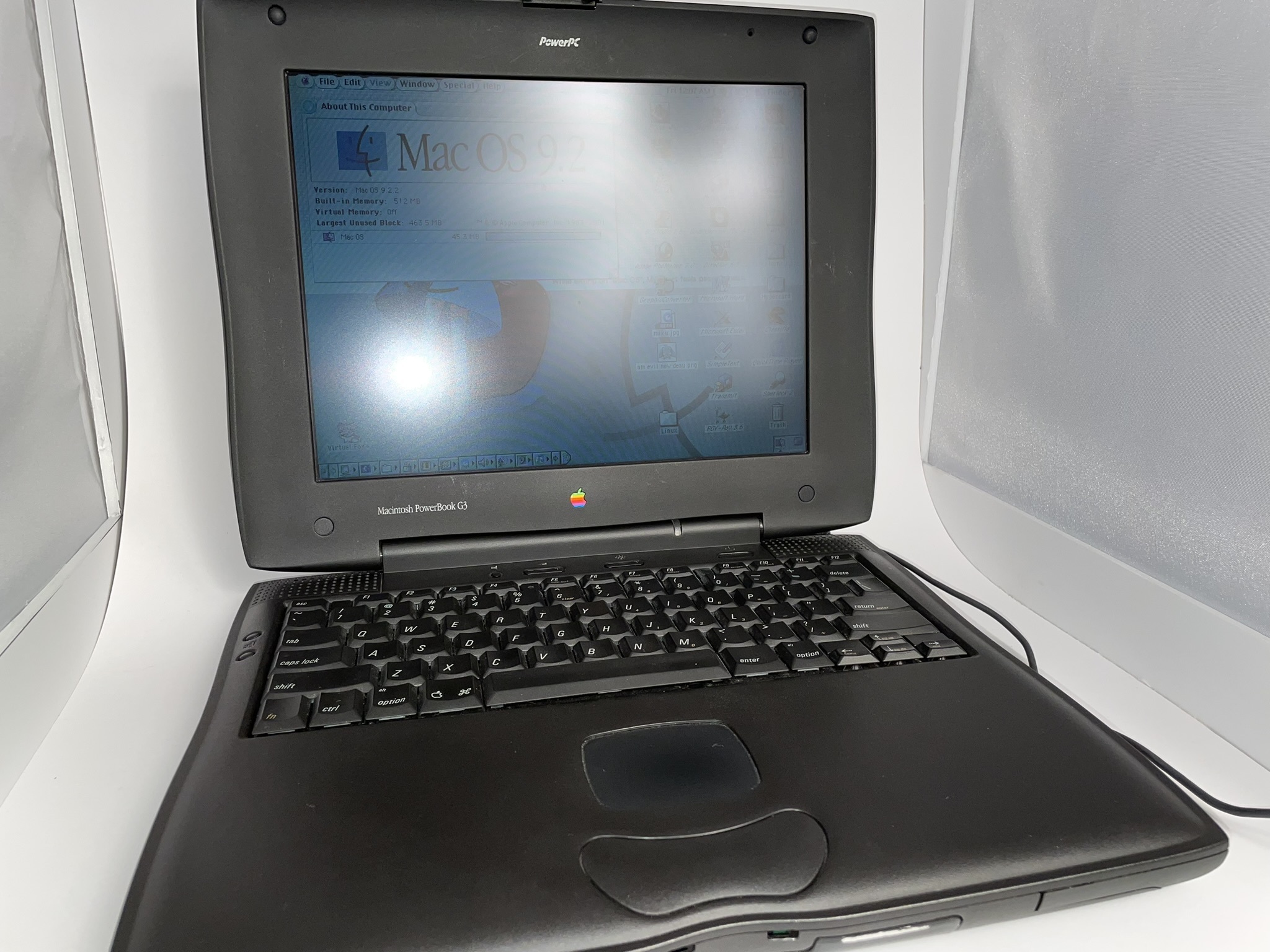 A PowerBook G3 I got for Christmas, around the same time as Berry. Haven't really done anything productive on it yet, besides making a Kaleidoscope theme or two. I rebuilt the PRAM battery a few months after getting it, which is a something I really don't recommend going through!

In 2021 I installed OS X 10.2 onto it, which was a complicated process given the lack of a CD-ROM drive. However, the system would constantly lock up for unknown reasons (though there's a pic with the kernel panic below in case you want to diagnose it for me). In 2022, I tried installing both NetBSD and OpenBSD onto it; I hit a brick wall with both, unfortunately. I did do a stream in which I successfully installed LinuxPPC 2000 onto it, though with a few minor issues; I'll put a link to the VOD here once I get around to uploading it.