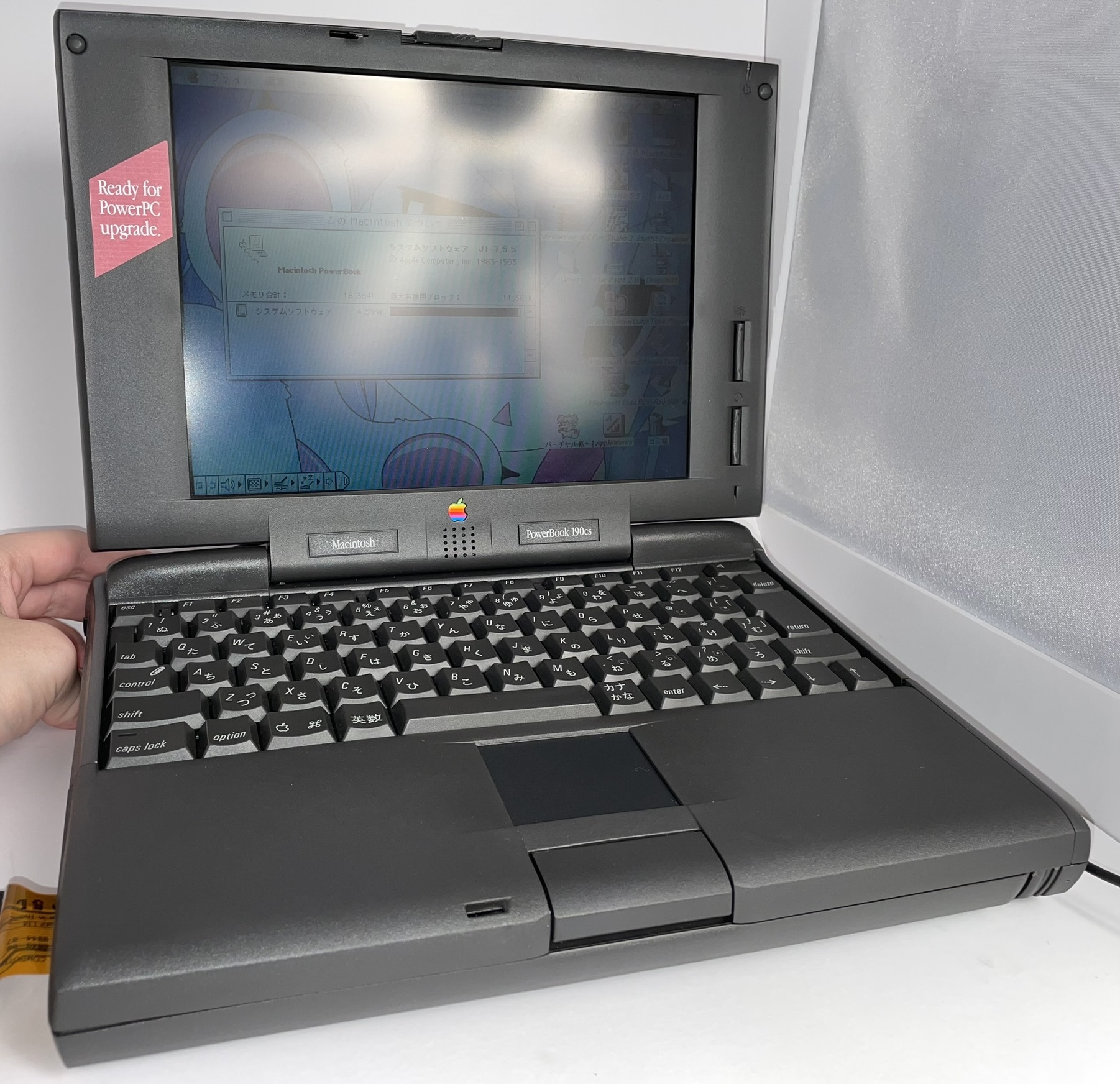 After helping my neighbors out while they were on vacation, I had some money to throw towards random old computers. I ended up getting the Audrey, and later came across an interesting listing for a PowerBook 190cs. It was listed as "for parts, untested", and as a result it was fairly cheap; but what caught my eye was the fact that it had a Japanese keyboard. So, I took a gamble and purchased it. It turned out that it was completely fine, and the only thing preventing it from working was a loose power connector (hence why my hand is in the picture; it's still very flaky!).

I did a stream where I tried installing Linux and NetBSD onto it, which I'm still in the process of getting the VOD out for. It didn't have enough memory to boot either properly, so I'm currently looking for a 32MB RAM module to max it out (right now it has an 8MB module, which I purchased shortly after getting the PowerBook). I'm also on the lookout for a video-out module, so I can create a 68k desktop setup.

(Also, don't worry about that dangling IDE connector. It's fine. Trust me.)