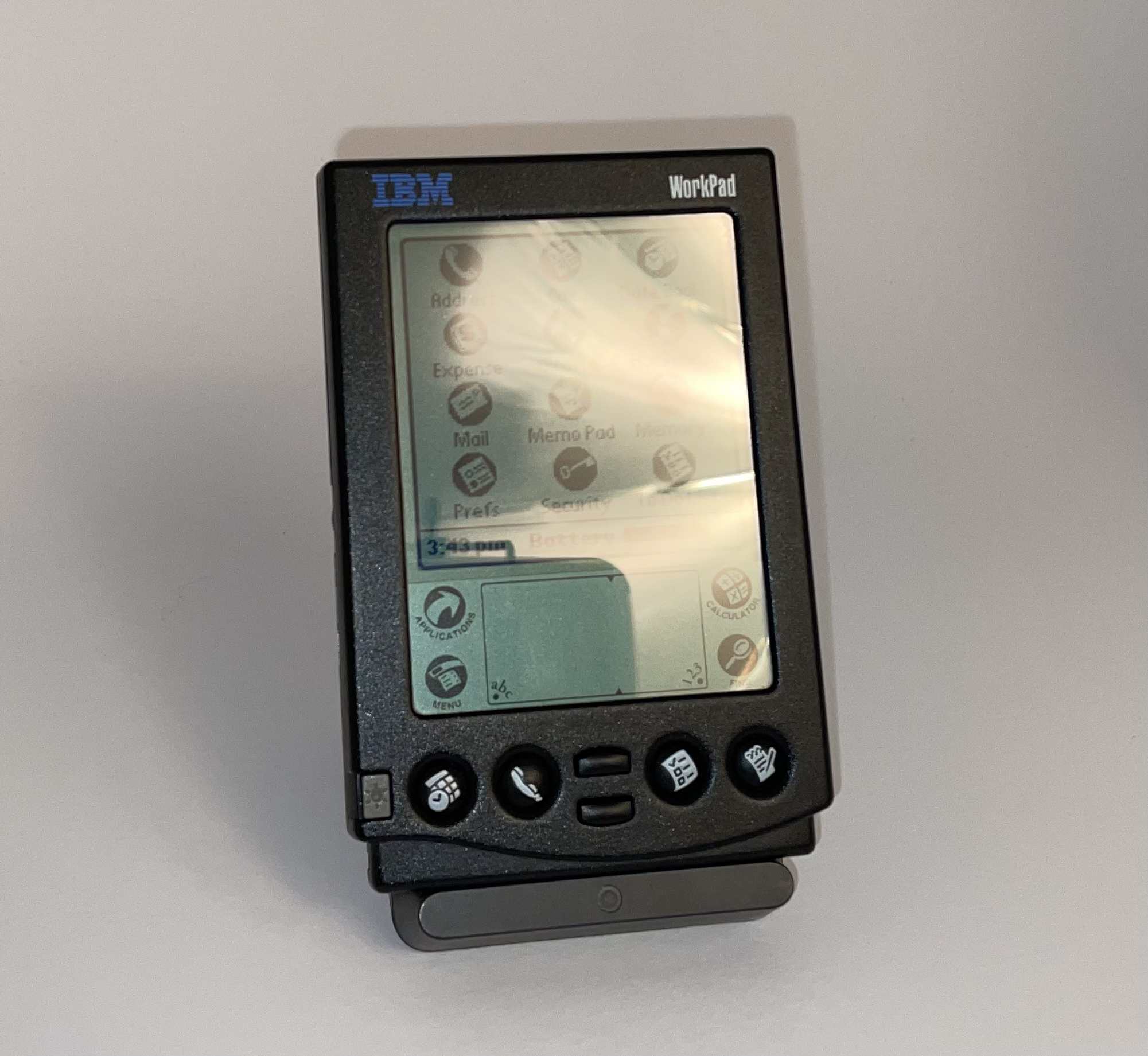 This WorkPad is essentially a rebranded PalmPilot. Because it runs Palm OS 2, I haven't been able to find many apps to run on it; it feels like 99% of all Palm apps were written for OS 3 and later, and it doesn't help that most archive sites don't list the OS requirements for each app!

In 2021, I found a (new in box) Palm Portable Keyboard, and after tracking down the drivers for it, it worked just fine with the WorkPad. I really wanted to start using it for notetaking and writing in general, but some of the keys have a tendency to stick down due to the age of the rubber domes.

I'd really like to use the WorkPad more, but the lack of apps, dim screen, and short battery life make it a bit hard to use. I do want to get more peripherals and even try a network connection with it some time in the future, though. Maybe I could even try getting it talking to Beacon over the serial port...?